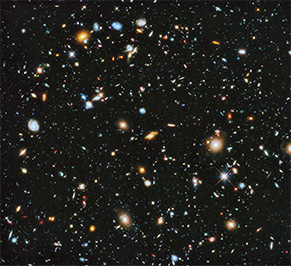 Quartet of the Far Blown Winds is a story about distance, loneliness, and the vast empty reaches of space. It's about the Fermi Paradox, and my answer to it.

"Well played," muttered Rogers, the majordomo of the Wanderers' Club, amidst the gentlemanly utterances of "Good show," "Hear, hear," and even "Huzzah" as Sir Algernon Hogshead finished his tale with a dramatic flourish.

Though not so socially gregarious as to partake in the verbal bonhomie, I thumped my ivory serpent's-head cane a few times, myself, in collegial support of my frenetic friend as his bizarre, but well-told, tale had come to its breathtaking and remarkable conclusion. Truth told, the hubbub of excited utterances and exclamations regarding Sir Hogshead's fanciful quest were well-said, but, greater truth yet, I had become more and more pensive and apprehensive as the tale progressed.

I knew what was coming next. Not within the story, but after.

”
Gentlemanly Horrors of Mine Alone by Donald J. Bingle
Gallery of Curiosities #88

Sure enough, a white light exploded into the room, extinguishing the fire trap and bursting every cursed weasel, pop, pop, pop, like potatoes on the fire when you hadn't pierced their skins.

”
How I Became Coruscating Queen of All the Realms, Pierced the Obsidian Night, Destroyed a Legendary Sword, and Saved My Heart's True Love