Quartet of the Far Blown Winds is a story about distance, loneliness, and the vast empty reaches of space. It's about the Fermi Paradox, and my answer to it.

The Fermi Paradox, and the numbers therein

I would expect most of you are familiar with this anyway, but in brief, the Fermi Paradox is thus: where are all the aliens?

Life started on Earth as early as 4.1 billion years ago, only 400 million years after the planet formed from the accretion disk around the young Sun. That's essentially as soon as conditions were settled enough for it to begin--and it could have been even earlier than that, except that the geological unrest of the Hadean Eon has likely destroyed any evidence. It seems, then, that life couldn't wait to get started.

At the moment we only have a sample size of one for discussing the rise of life, but even so, that looks almost like an inevitability. 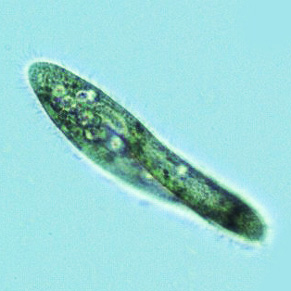 But there are between 100 and 400 billion stars in the Milky Way. With the recent results from the Kepler mission, it seems reasonable to suppose each solar system has at least 3-4 planets, with at least one of them in the Goldilocks zone, where the distance from the star is such that the temperature is just right for liquid water (which is, as far as we know, a prerequisite for life; we know of no terrestrial life that doesn't need it). There is potentially a galactic Goldilocks zone, not too close to the radioactive centre but not so far out where the metallic elements are rarer, that might limit complex intelligent life to 0.3% of the stars in the galaxy. Even so, the current evidence suggests that, conservatively, there are at least 300 million (300,000,000) planets in the Milky Way alone capable of supporting life, and as many as 4.8 billion (4,800,000,000). 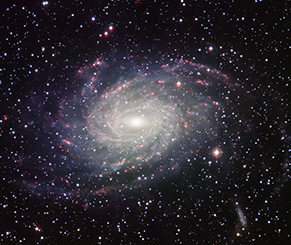 So where the hell is everyone?

Well for one, intergalactic civilizations strike me as exceedingly unlikely. Our nearest galactic neighbour, on a collision course with us no less, is Andromeda.

That's almost unimaginable. Surely insurmountable. And when each galaxy is so full of planets and resources, why go to all the effort to maroon yourself in the next galaxy over?

So I suspect that the only life we're ever likely to know of, let alone meet, will be in this galaxy. That said, even the Milky Way is enormous beyond comprehension--as much as 150,000 light years across. The average distance between stars is about 5 light years. There's an awful lot of, well, space in space. It's really spread out.

We may as well be alone.

Who the hell is everyone else anyway?

There's a quote I remember seeing years ago that I cannot, for the life of me, track down again. But it has stuck with me for over half a lifetime.

To paraphrase as best I can recall: even if butterflies could talk, what could we possibly discuss with them? What common ground have we got to base communication and conversation on?

Our experience of reality is so subjective, so personal, that we can barely bloody well talk to each other at times. How could we even talk to some of the other life on Earth? What would you say to an ant? A chameleon? A deep sea anglerfish?

So even if we're not alone--who's to say we'd be able to engage with it anyway, if we could even recognise it?

No, we're not alone. The numbers are too ridiculous. It's improbable beyond all reckoning that we are the only life that has ever or will ever arise in the galaxy, let alone the Universe.

But we're the only life like us. We may as well be alone.

And thus: the Quartet of the Far Blown Winds.

The two siblings exchanged a look of grim comprehension over the breakfast table when the butler laid the broadsheet in front of them. The Morning Post's headline was painfully familiar to them now. In stark black and white, the proclamation that yet another child had gone missing on the shores of Lake Conmere drove away any hint of an appetite the two of them might have had.

“I'm a bone poet,” she said. “The bonethieves only ever work towards violence and supremacy. All the bones they steal are only to help them steal more bones. They never think of all the better ways bones can be used.”