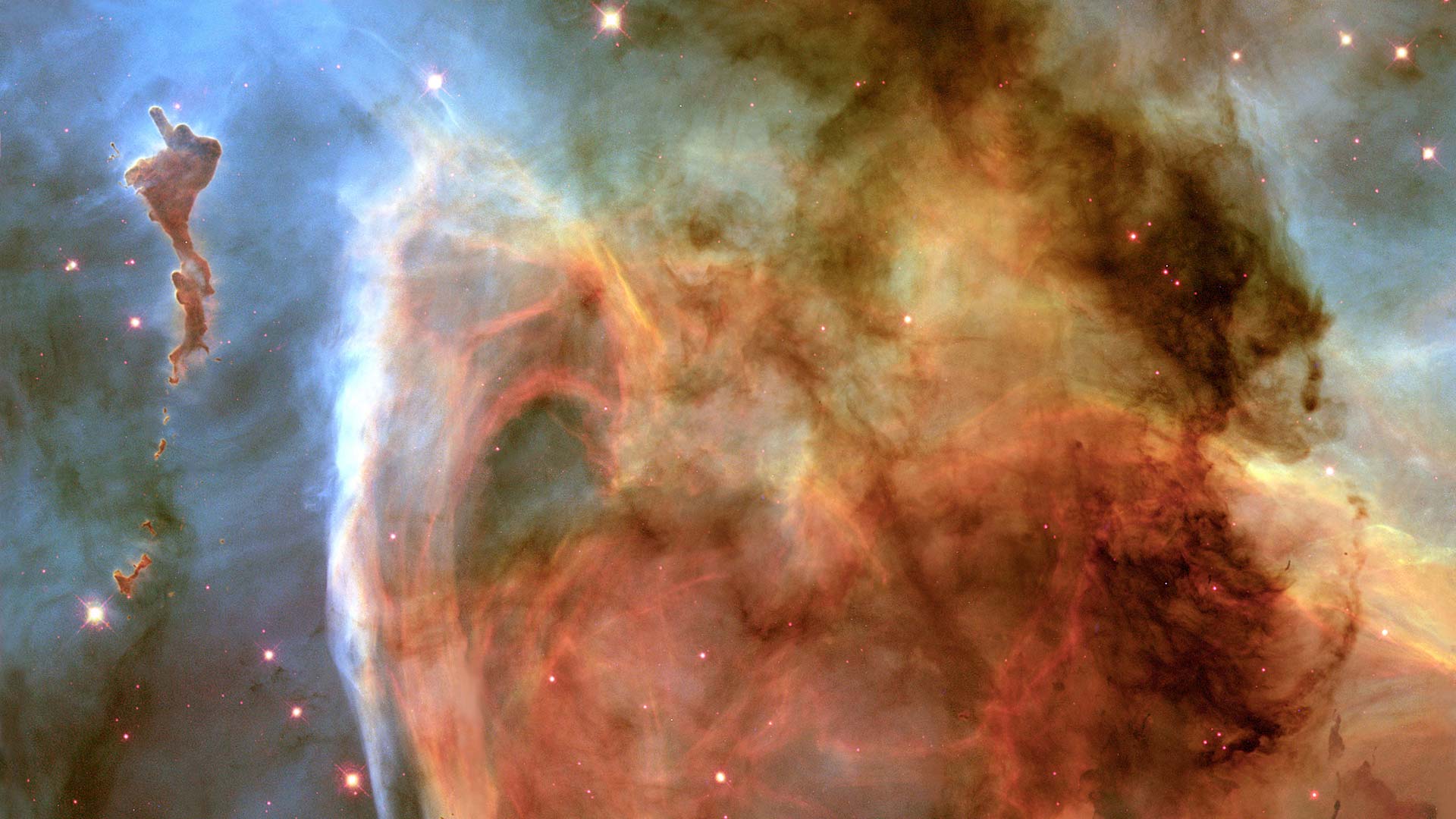 Quartet of the Far Blown Winds

Silence is the great divider. Perhaps that is why Melinda wields it so effectively against me.

In the silence of space, solar winds flash green, pink and yellow across the gas giant before me, the aurorae twisting like sea worms. Folded nebulae of colour and gravity stretch across the darkness behind it, unimaginable arms of light like grasping gods. Dust twinkles all around me as it vaporises in the antimatter field of our ships.

My own daughter. Alien to me now.

Thirty light minutes behind me is Eritty, 34th and newest colony of humanity amongst the lonely stars, a small pearl of water and warmth lost in the glare of the system's blue giant. Melinda is down there, though she may as well be light years distant.

I do not know her anymore. Her children do not know their grandmother. And I don't know how to bridge the gap between us.

Approaching arranged in a quadrant, and visible only by the absence of stars: the Quartet of the Far Blown Winds. Spread like sails and pushed by distant starlight and supernovae, the four objects drift into the system. They are huge beyond understanding, incomprehensible in their composition. All our probes and all our science leave us no wiser. We do not know what they are comprised of: any signal is absorbed perfectly by the blackness of the side that faces us, or reflected by the liquid silver of the far side. They travel from above the galactic plane, and we do not know where they come from, only that they must have been coming for such a long time.

And now they will cross Eritty's path and collide with this rare gem of habitability; doing so, they will destroy our tenuous hold out here, the existence we cling to amongst cold stars and scathing winds. If we cannot stop them--if I cannot stop them--Eritty will be gone, and I will drift in my ship, unmoored and alone. I will never meet my granddaughters. I will never find the way to apologise to Melinda.

I run my fingertips across the smooth carbon glass of my cockpit, and elegant vertices bloom in their wake, detailing the practised plan of interception. Command sent, my squadron of Interposers splits into a formation, the eight of us forming a square framed against one part of that oncoming quadrant. Three other squadrons form up relative to us in the same formation, creating a square of squares.

My ship is lost against the immensity of the objects, and all the universe turns dark as they block the light of the galaxy before me. Eritty and its star are behind me, and the other ships of my squadron are so far away--so infinitesimal against the scale of creation, impossible to make out by eye--that for a moment an idea overwhelms me: that I am alone in a void; unique, singular, self-contained; a universe in and of myself.

But a flash of blue from my proximity trigger tells me I am not, and I send the signal to activate the interjacent broadspectrum diffusers. My ship connects to the Interposer diametrically opposite in our square, and a beam of broad radiation ignites between us, spanning the electromagnetic spectrum and manifesting in the visible portion as a fizzing, coruscating blue. The other six ships ignite their diffusers, crossing the square with three further beams, a + overlaying an X. The other three squadrons will be lit in the same pattern; together we are a new geometric constellation, standing guard against destruction.

When the Quartet crosses the path of our diffusers, it will be disrupted and scattered, and threaten us no more, no matter what it is made of. We have never operated on so large a scale--most asteroids require only two Interposers, carefully positioned--but the diffusers disrupt the fundamental nuclear forces. It is a physical impossibility for anything to withstand them. They will save Eritty.

And now the Quartet is upon us: silent in the vacuum of space; inexorably borne on solar winds and simple physics, an elegant evocation of Newtonian mechanics; dark and unknown and threatening, the perfect manifestation of the galaxy's cold cruelties and all its unconscious vehemence against life. The size of it smothers and oppresses me, and I feel suddenly insignificant, and fear that I cannot stop it: that my failure against such sublimity is inevitable and irrevocable and all my futures are used up. I will end here, alone; will Melinda mourn me?

And then the Quartet breaks and splits, not on touching the diffusers but before touching them. The sails dissolve into tiny fluttering sheets of black and silver, an indefinite number of birds flocking and shifting and flowing around the beams, moving with sentience and purpose.

Behind us, they reform into the quartet of sails, but angled anew: intelligently, away from the solar plane and avoiding all the planetary orbits, using the furious light of the blue giant to speed themselves towards the galactic core and away from us forever.

Though my squadron is connected by no more than standard voice comms, I know the realisation strikes us all at the same time: other has passed us by, a lifeform unknown, the only other life we have ever encountered amongst all the stars and dust clouds. Against the vast epochs of the Universe, the unthinkable canvas of the galaxy, our paths crossed, for one time, perhaps the only time, then parted; and we will be alone again; less alone for knowing they are there, but more alone with the knowledge of loss. True isolation requires comprehension of one's loneliness.

We are two miracles of stardust, and we will remain ever distant. But Eritty is safe, and on it are more miracles, my miracles, my daughter and her daughters.

And the distance between us doesn't seem so insurmountable now.

I've written a companion blog post about the philosophy behind this story.

This story was written for a 750-word contest on the Codex writing forum, based on the title provided by Stewart C Baker and in a deliberate attempt to write a space opera in the style of Merc Rustad's Tomorrow When We See the Sun, which is utterly magnificent. It also owes significant debts to Eleanor R Wood for cheerleading it with me so I believed in it, and Rachael K Jones for quick and excellent thinking on the rewrite request that came in. Never let anyone tell you writing isn't a team effort.