Threnody for an Untouched Moon

Here is some excellent news: space exploration is bigger news than it has been for years. SpaceX are landing re-useable rockets. NASA have funding to land on Europa. President Obama has set a timeline for getting to Mars.

And the ESA wants to go back to the moon. 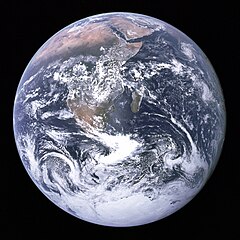 I love this. I was brought up on the Space Shuttle and Mir and Hubble (not literally). I remember the Blue Marble framed and standing on the bureau in the hallway. I remember watching Hale-Bopp out the car window on the long drive home from my grandparents'. I am completely in love with the romance of space and I adore NASA without question.

And we need to be out there! The dinosaurs were fucking awesome, yet one bloody comet and BOOM there they go. No more giant stomping lizards to tame and ride into battle. And people are rubbish compared to dinosaurs! Not even any claws, and they're a lot more difficult to saddle. Any comet will make paste of us.

But... but. From the ESA article above:

Several of the leading Republican contenders, Senators Ted Cruz and Marco Rubio, both played an important role in passing a recent law that allowed US companies to mine lunar resources, including water ice that could be converted into fuel.

We may be the last generation to look up at the sky and see an untouched moon.

It hangs there, every night, pristine and cold and inhuman. Our closest body, yet so distant. It embodies our universal relevance, that something so impossbly close in the grand scheme of things is so beyond our power. We are tiny and miniscule in the face of creation.

But by the time my grandchildren are born, it will be just another resource. Something else to be plundered for a little short term gain, one more idle snack in humanity's collective palm. It will pass from magic to mundanity forever, and we will never be able to go back.

We will marvel at our own cleverness, but lose something beautiful to marvel at.

I'm not saying I believe we'll mine the Moon out of existence, nothing so ridiculous. The Moon will always be there. There'll never be a night you won't look up and see it looking back. (Er, except for new moons. And British weather.)

But it'll be different. Like a teenager looking at a peer differently because they're no longer a virgin: nothing has changed, but something has happened, and everything is different.

And so as much as I am an absolute believer in progress, and that space is the Grand Adventure and we must get out there, there is a broken fragment inside me that mourns what we will lose when we step forward.

Love the Moon as it is now, alien and dead and beyond us. We may be the last people to remember it that way.

I never pass through Chalk-Newton without turning to regard the neighbouring upland, at a point where a lane crosses the lone straight highway dividing this from the next parish; a sight which does not fail to recall the event that once happened there; and, though it may seem superfluous, at this date, to disinter more memories of village history, the whispers of that spot may claim to be preserved.

”
The Grave by the Handpost by Thomas Hardy
PseudoPod #627

"Sorry sir," said the Moderator. "Pain is easier to invoke, and longer lasting. Have a happy day!"

”
Consequences of a Statistical Approach Towards a Utilitarian Utopia: A Selection of Potential Outcomes