Anatomy of a Golden Pen: Research 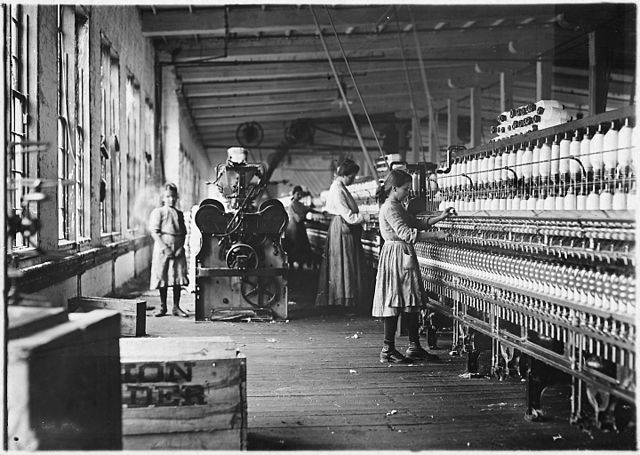 Being a writer, I'm full of self-importance and arrogantly believe everyone wants to read pages and pages of nonsense from me. As such, I'm going to start a series about my Golden Pen story from Writers of the Future volume 32, Squalor & Sympathy, dissecting it from various angles.

First up: all the historical accuracies and references in the story.

Cotton was perhaps the first big industry of the industrial revolution. The Spinning Jenny and the Water Frame were both invented in the 1760s, and allowed for the quick, reliable production of yarn. This process was initially powered by water wheels, and so the industry prospered in Lancashire, where there was easy access to rivers and the important west coast ports (for the import of cotton from New England). By the start of the 19th Century, the steam engine had replaced water power. The majority of the workers were women, partly because they were paid less than men (see Figure Two here). The more things change...

The looms were very, very noisy.

As mentioned, Lancashire was a centre for the cotton industry, and Burnley--where Squalor & Sympathy is set--was particularly important.

The River Calder flows through Burnley and up to the back of Gawthorpe Hall, and I made sure to check its size and flow in the world's most interesting YouTube video. 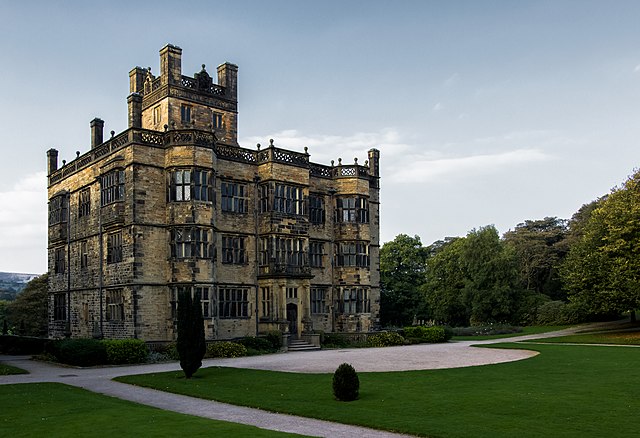 The reason the story is set in Burnley is because I needed a stately home for the climax, and Gawthorpe Hall fit the bill perfectly. I confess I struggle to recall my criteria now, a full year on, but its location in the textile industry's heartland was important, as was its owner. (It really is located at the end of Habergham Drive, incidentally.)

Gawthorpe Hall, you see, was owned by the Shuttleworths. Sir James Kay-Shuttleworth was a champion for the poor, particularly as concerned the working conditions in the cotton factories.

My antagonist was originally called Isaiah Wedgwood, as an alt-historical reference to Josiah Wedgwood, but Wedgwood made his money in pottery, not textiles, so it never quite sat right with me. Shuttleworth is a much more appropriate name (almost to a fault--it was questioned during edits for the anthology, with Dave thinking it was too "on the nose"; truth is stranger than fiction, and all that).

Sir John Shuttleworth specifically is an invention for the story, however; all similarities to persons living or dead are purely coincidental &c. &c.

The Luddites were a real movement of machine-breakers and people opposed to the "progress" of the industrial revolution and the factories. They were named for Ned Ludd, a possibly apocryphal figure known for smashing two stocking frames. I gender-swapped Ned Ludd to Nelly Ludd in Squalor & Sympathy, because why not?

There are a couple of mentions of Parkes, inventor of the lead alloy essential to the industrial revolution; this is a reference to Alexander Parkes, Victorian metallurgist, who did work with lead.

There's a passing reference to "the Company" early on; this is the East India Company, big enough and important enough in Victorian Britain to be referred to solely by the definite article. The Company is essentially the means by which the sub-continent was brought under British rule, and is well-known for being the worst of the British Empire, having waged the Opium Wars against the Chinese and ruled India solely towards its own ends, resulting in famines and corruption.

Germany as a unified country only dates to 1871, and before that was a collection of independent provinces. Prussia was perhaps paramount amongst these, powerful industrially and culturally. It had significant coal reserves; and here we have the main deviation from reality that I made (apart from the magic)--I claimed Britain didn't have significant coal reserves. We did, of course, but I had to explain why Britain had turned to Squalor rather than using steam power.

Queen Victoria was, obviously, the monarch through the Victorian era, and Prince Albert was her husband. Her devotion to him is legendary; after his untimely death at only 42, she spent the next 40 years in mourning, famously wearing only black.

Prince Albert was a German prince, from Bavaria, and negotiated the peace with the Prussians in the Crimean War, so he would have been a key figure in any dealings with them, as per the climax of Squalor & Sympathy.

The Importance of Research

Part of what Dave Farland looks for in a Writers of the Future entry, as he said directly at the workshop, is the world-building--how well you evoke your setting. When I started this story I had only vague images of factories and heather-covered moors, and a hazy recollection of Victorian England from my school history lessons. It was only in doing the research that I nailed down the setting as the town of Burnley and its environs and--more importantly--could describe specifics well enough that Nancy Kress said it was "such a detailed Victorian England that I could see, hear and even smell the textile mills". Even throwaway details (like Parkes) are worth the effort to look into, because that's how you give the impression of a broader world that stretches over the horizons of this one tale, and if there's one thing speculative fiction is better at than any other genre, it's in taking you to that other world. Make sure it's worth visiting.

When the intercom on his desk buzzed, Marc's head snapped up, instantly awake. He'd been dozing in his chair. His finger stabbed the button that told the boss he was on his way. He stood up and straightened his rumpled gray suit before glancing at his watch. One seventeen AM. It figures. The boss tried to cut him as much slack as he could, but humans just couldn't keep the same pace as the Vrith, who came from the sunny side of a tidally locked planet and didn't sleep at all.

Anna stared up at Sally. Her hair and skin were so pale as to be almost white, especially in the weak sunlight of the factory. She was only twenty-two, Anna knew, only five years older than Anna herself, but she looked worn through, like milk watered down too thin.