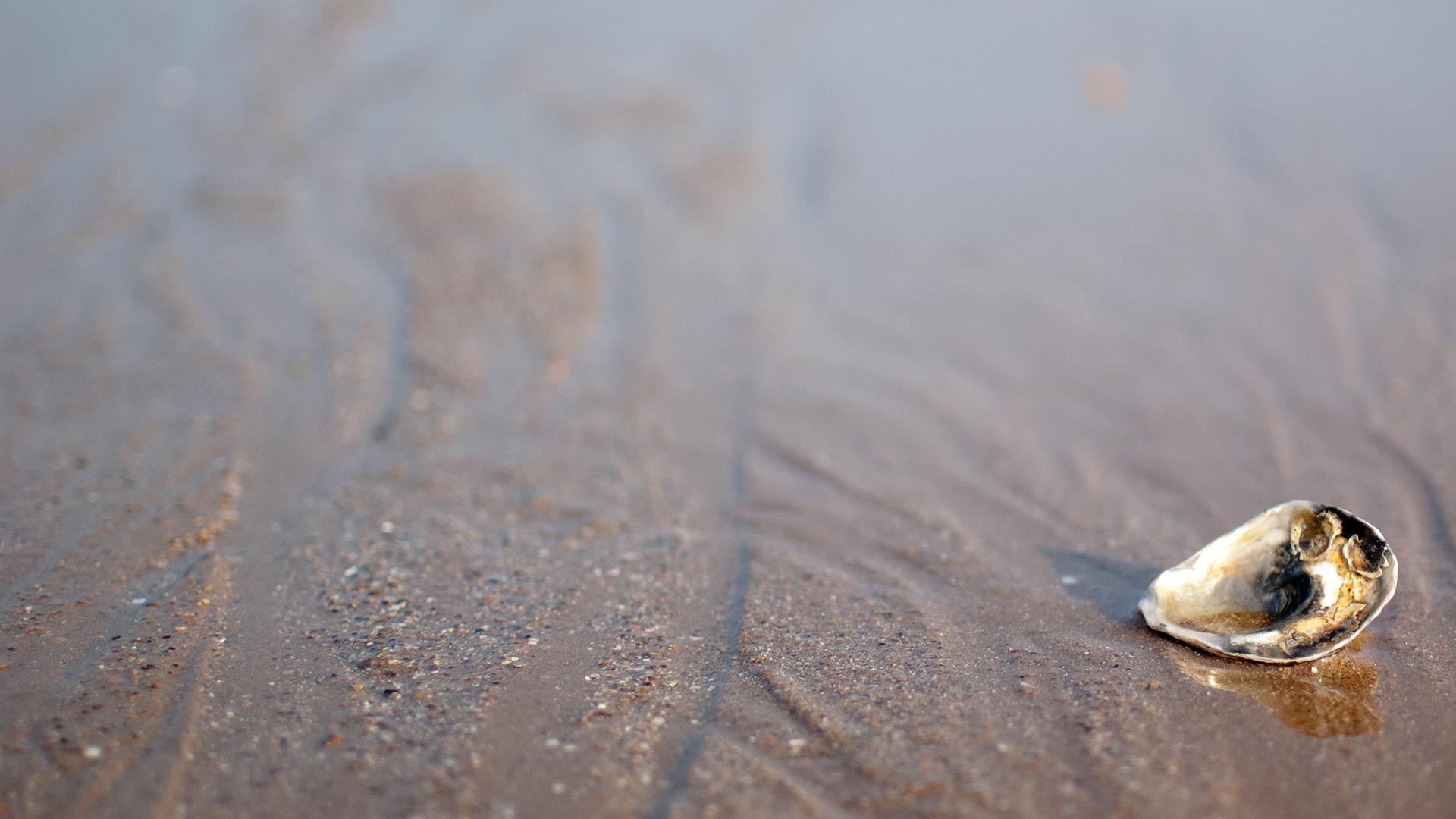 The Movements of Other Starfish

Aidan stretches forward on old knees and lifts a rock from the nursery pool. There's a juvenile starfish on its underside, grown enough, so he drops it in his bucket with the others.

It's been a decent bucket. Never would have guessed it'd outlast him on the farm.

He eases up and sets off down the wooden piers raised between pools. There's dark clouds reflected there: a million mirrored acres of trouble. Storm's coming. Best shut the sluices.

He places the collected starfish in various pools, finding spaces for them between the oysters and rocks. There's a plume of dust on the horizon, but no rush: any vehicle needs take it right slow on the gravel road. It's about pulling up by the time he's done, a real beauty, 1930's looking thing. Must be well over a century old now.

Shelly jumps out and throws her arms around him. "Dad!"

He shakes it, eyebrow raised. "I told you at the wedding. You call me Dad."

Talia smiles awkwardly, but doesn't respond. Being out on this farm has cost Aidan a lot. Like not knowing his daughter-in-law.

"That old car's a beaut," he says, grasping for conversation. "Can't say I've seen one like it since Grandpa's day, when all this was grass and cows."

"It took a few months' work," says Talia. "Had to retrofit for biofuel."

"That's good, that's good. You'll need skills like that here." Aidan looks to the sky; rain's brewing fast. "Suppose we best get on with it. Here." He crouches down, points to the largest sea star in the pool. "Astrosarkus, the pumpkin star. Meatier than any other starfish. See them buggers in the middle, the ones a foot across? They're fully grown, so you want to pick them and leave the others." He leans forward and pulls a fat one up, his old muscles struggling to lift it into the bucket.

It leaves a gap in the rockpool. The only way you'd ever know it was there. By tomorrow even that'll be gone.

Aidan grunts and gestures for a hand with standing up. "You never helped with the sluices though. Come on." He climbs the embankment, shows them how the fresh seawater cycles through the pools and how to close the gates if there's a storm swell coming.

Talia talks improvements for the mechanism. Good. Aidan stares out at the Pacific while she does.

It troubles him, the ocean.

"What's wrong, Dad?" Shelly slips her hand into his.

"Nothing, darling. Let's go get dinner."

Aidan puts the bowls on the table: pineapple and starfish fried in butter and chilli flakes and rice, like his Sue used to make the three of them. Hot and sweet and juicy, cooked quick so it don't go tough but flakes apart easy like good tuna used to. People pay good money for meat like this. About the only natural-grown meat left, after all.

They talk small talk while they eat, little nothings to fill the spaces between bites. After a while, though, Shelly gets her courage up.

He puts his beer down, tugs his beard. He has to tell them.

"The ocean's rising." he says. "You know that already, I expect, but you don't really know." He sighs, braces himself. "It's climbing the embankment. And one day it'll be above the sluices, and that'll be it. No way of cycling the water and keeping the oysters fed. The farm might last you another decade I reckon, but I don't see you having anything worthwhile for leaving to your kids. Either stagnant water or a flooded plain."

Shelly and Talia look at each other. A nod passes between them.

Aidan stares a moment, not sure how to say this politely. "Can't you do something with, you know, science? To help?" He waves his hand vaguely, as if it can communicate his meaning without having to voice the actual words.

Shelly reaches out, lays her hands on one of his. "Dad, it's not... We could have kids if we wanted, yes. But we don't. Neither of us feels that way. We don't feel we can bring a child into a world with so little future."

An unexpected lump appears in Aidan's throat. He finds himself standing, walking out, hiding his tears in the rain.

He'd made his peace with his farm's fate, but his family too? There'll be nothing left of him in this world. He thinks of the starfish: you take one from the water and a day later there's no sign it was ever there.

He crouches down alongside a pool, the same pool he showed Shelly and Talia before. He stares through the ripples to the starfish below. The rain stirs up the water, excites the starfish, and they're shuffling in a sort of slow, disorganised dance.

But he's not quite right, is he? There is a sign, if you look right.

Aidan lets his eyes unfocus, so he can concentrate on the pattern. If you look, he thinks--if you really look--you see the space in the motion. You see the one that's missing in the movements of other starfish. And those movements ripple out, and other starfish react without knowing what started it.

Shelly and Talia have come out into the storm. They're holding hands, their fingers entwined, and Talia is squeezing, comforting.

They'll keep moving in his absence, he realises, and because of his absence, and those movements will spread out to the people around them. If you could look--really look, look down from on high--you'd still see him there, Aidan Baker, his footprint on the world.

It's Talia that's asked, he realises. Calling him Dad. Aidan stands and brushes his knees off, a final act of devotion to the farm. A farewell.

This story holds the title of Most Depressing Rejection I've Ever Received, when Charlie (F&SF) sent it back with "I can't publish this as science fiction, I've actually had this conversation with my kids." So there, now you're morbid about it too.

The story itself was written for a Codex contest (the 2017 round of Weekend Warrior), and based off a few random Wikipedia articles--including the starfish and the Australian farm.

Fun fact: the lead character was originally called Stewart Baker, but everyone kept thinking it was going to be a comedy and ending up disappointed. I dunno what that says about Stewart; he's a very serious person, after all.