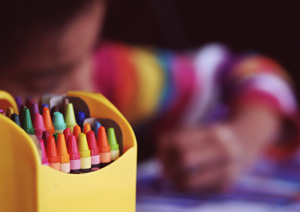 I am habitually terrible at writing blog posts in a timely fashion (I'm just as bad with the mailing list) and so I have not posted about all the stories I've had out lately. I've had a lot out in the last couple of months, some of them my favourite things. It's been a good year so far!

How I Became Coruscating Queen of All the Realms, Pierced the Obsidian Night, Destroyed a Legendary Sword, and Saved My Heart's True Love

No shit, there I was, knee-deep in necromantic weasels in the lair of the mad wizard-king, when Korgar and Elutriel both decided it was time to win my affections once and for all.

The most ridiculous fantasy story, written with Stewart C Baker in one frenzied week of evenings for one ridiculous anthology call from one ridiculous first line based on one ridiculous comment on one ridiculous blog post. It's astonishing that it came together at all, but somehow it really did, and it's one of my favourite things. It's got pacing, character, humour, emotion... everything I struggle so hard to bottle usually, but it came so easily this time. I wish writing was always this fun and straightforward. It was originally published in No Shit, There I Was in January 2017 (Alliteration Ink, ed. Alex Acks; Amazon US, Amazon UK), but it's now freely available as PodCastle episode 467, with an absolutely amazing and fun narration by Aimee Kuzenski. Go listen!

Maybe I should kill her, thought Michael, and a thrill ran through him at the idea.

He looked up from his untouched cold toast as Cathy walked back in from the garden, the winter sun picking out the stray silver hairs that had escaped from her ponytail.

"Not hungry, love?" She put a box of fresh eggs on the side.

Michael smiled weakly and pushed his plate away. "Apparently not."

"Fretting about your writing again?"

Fun fact: this is my first semi-pro sale, after nine pro-sales. As always, I'm going about everything all arse about face. It is also, hopefully, my one story about writers and writing done and out the way so we can all move on, though it's also about the ridiculous state of copyright law. I mean, look, I'm someone making money now from copyrighted creative works: clearly we need the system. But do we really need parts of our culture locked away until seventy years after the creator's death so that grandchildren who had no part in the work can continue to receive recompense for someone else's work? (Though let's be honest--it's rarely the family, and usually whichever business interest has purchased the rights.) Nothing is made in a vacuum, and all culture is built on top of all other culture, but everything around is locked away until long after it's dropped out of the conversation. Want an example? H. G. Wells' work only entered the public domain this year. War of the Worlds! The Time Machine! These are literally Victorian works of literature, and they're only just available outside of copyright. That's absurd. It doesn't serve society at all!

Anyway. I will probably rant more about this later, but this article from a PC gaming site sums up my feelings pretty well, and was what inspired this story.

--then scooted her chair over to the microscope. Amira only needed a glance at the holographic zoom floating over the scope. The viral cells were replicating rapidly, budding and splitting at a phenomenal rate.

"Hey, Mariana, look at this." Amira indicated the hologram, then was struck, at once, with an overwhelming sense of déjà vu: something beyond the familiarity of her lab and its clean white surfaces, or the flat icy plains of Europa beyond the carbonglass windows. And more than the déjà vu, there was a feeling of instantaneousness, that this moment had arisen out of nothing, that nothing was all that had been there before, that everything had just--appeared.

Confession: by the time I finished editing this story and got to submitting it, I didn't like it any more. It had started out as a flash piece for a Codex contest (more about that in the podcast episode) and it grew to this length from all the plot & logic holes that needed plugging. I was completely sick of looking at it. My reaction to EP buying it was, I confess, mostly variations on really?

And then I heard Tina's narration of it and oh my goodness it is a thing of heart-rending beauty. It is such an astonishing job it made me like my own story again. And a special shout out to Adam Pracht, audio producer on this one, because there was an email conversation going through the night between him and the editors about how best to present this story with effects to represent my too-clever-by-half opening, and the end result is amazing. Really don't think there was a better home for this story than here, and you can't ask for more than that, can you?

To the Editors of The Matriarch, re: Allegations of Pressganging

Regarding yr/ article of 37th of Autumn, and the ongoing judicial case around consent and "press-ganging":

I have served in Her Majesty's Air Navy for two decades now, and am considered one of the foremost Captains amongst that glorious sorority, so I write with authority on the topic of naval employment and sailor acquisition.

That's it for now

But there's still five more things in the pipeline, so hopefully something more to look forward to soon. And you never know, I might even post update here announcing it in a timely manner. Stranger things have happened, but probably safest to follow on Twitter just in case.

What is a Reborn?

While reasonably durable, Reborns are not children's toys. Rough play may damage them.

The oversized leather armchair all but swallowed Michael. The receptionist had asked him to sit in one of the plainer chairs, near the offices, but today was a day for rebellions.